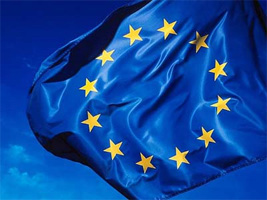 Blackjack is considered one of the earliest and most popular casino card games ever. The second name for blackjack is 'twenty one' and this name actually comprises the main object of the game, which is namely to beat a dealer's card combination disregarding other players' scores in such way, so you would not exceed the upper limit of 21 points.

Let us introduce you some basic blackjack theory in order you would start gambling armed at all points.

The sense is that blackjack is usually played with from 1 to 8 common decks of cards and each card is associated with certain quantity of points. The register for blackjack card values is the following:

At the very beginning of blackjack game a dealer deals two cards for each player as well as for himself or herself. Regarding the type of blackjack players' cards could be faced down or up while one dealer's card - the up card - is always opened and another one - the hole card - is seen.

Considering that blackjack is a game of skill and experiences and well-informed players could have an advantage over greenhorns, the most important and crucial moment comes up when gamblers decide which blackjack moves to choose. There are the following options:

In order to make the right choice players need to access the situation and there are two main blackjack strategies that are widely exploited in the game.

The first one is called basic strategy and is very useful for non-experienced blackjack players as it provides special charts with clear explanations which blackjack move is better to choose regarding different card combinations.

The second strategy is card counting and is commonly considered rather sophisticated demanding deep knowledge of blackjack theory, but in case of correct application the strategy could bring really superior results.